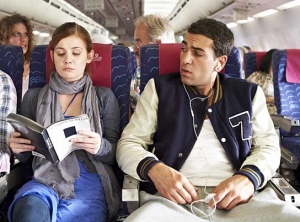 Feature film based on the popular TV series.

Free-thinking psychotherapist Doris Schneider sends her frustrated 19-year-old daughter on a holiday trip to Southeast Asia. Already reluctant, the outspoken teen girl is further annoyed when she finds herself on the plane seated next to cocky wannabe-macho Cem and his deeply religious sister Yagmur. Things really turn bad when an emergency landing leads to Lena being stranded on an deserted island along with the Öztürk siblings and their Greek friend Costa. Meanwhile Doris and sensitive police officer Metin Öztürk, who are both searching for their respective children, get to know each other in a beach resort and discover their mutual interests. Therefore, everyone's holiday takes a turn for the unexpected.