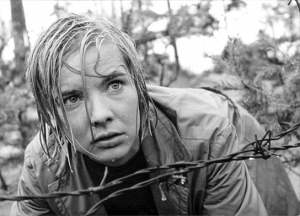 The film tells the story of three young people in Berlin during the 1930s. Magdalena and Michael are in love. Jürgen, the third one, eventually comes to term with the Nazis because he wants to live in peace. Michael and Magdalena on the other hand want to put up resistance. Then, Michael gets arrested and is sentenced to 15 years in jail. When Magdalena also gets in danger, Jürgen helps her although he has become a member of the SA in the meantime. During the war, Michael is sent to a penal battalion. At the front, he and Jürgen meet again and both desert to the Red Army. But the film does not reveal if there will be a reunion with Magdalena who by now also fights for the Red Army.