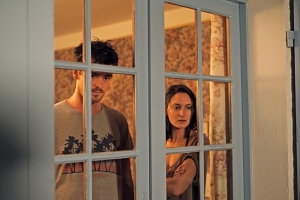 In the respected Landberg banking family, everything is about tradition and money. One son, David, is a true alpha male following in the footsteps of his father; the other, Matthias, is somewhat different – at least, he is not particularly interested in money and has elected to pursue a rather more contemplative lifestyle. The use of their parents' holiday home on the French Atlantic coast is carefully regulated. But Matthias's summer idyll with his girlfriend, Camille, and their son, Etienne, is rudely interrupted when David and his wife turn up a week earlier than planned. Suddenly new rules and expectations come into play. But what begins as a clear tussle for the balance of power becomes somewhat more open and less defined, especially when Matthias' girlfriend gives free rein to her anti-authoritarian impulses. What appears to be a good or clever move in this game of wits often turns out to be the opposite. In the end many things are broken, but this summer allows all those involved to change – at least a little bit.