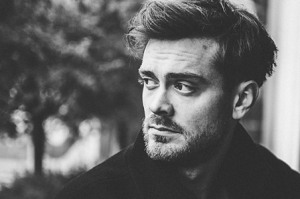 Sebastian Fräsdorf, born 1986, studied at the International School for Drama and Acting ISSA in Munich from 2006 to 2009 and subsequently took lessons in Acoustic Drama (dubbing, radio play, text writing). Already during his training he took part in short films and stage productions and stood on stage in the talent factory of the Berlin Quatsch Comedy Club.

From 2010 Sebastian Fräsdorf had his first guest appearances in television series such as "Zwei für alle Fälle" and "Anna und die Liebe"; in 2013 he played a regular supporting role as a villager in the critically acclaimed mini-series "Doc meets Dorf"; the following years he had a recurring supporting role as a public prosecutor in the crime series "Soko Leipzig".

Fräsdorf was then seen in several supporting roles, for example as an aggressive ex-boyfriend of the main character in "Luca tanzt leise" ("Dancing Quietly", 2016), as the brother of a man who had been abused in childhood in "Die Hände meiner Mutter" ("Hands of a Mother", 2016) and in the ensemble of the award-winning children's and youth film "Auf Augenhöhe" ("At Eye Level", 2016). He had leading roles as an eternal student in love in the TV film "Familie ist kein Wunschkonzert" (2017) and as an involuntary relationship mediator in the family comedy "Fischer sucht Frau" (2017, TV).

Sebastian Fräsdorf again played a leading role on the big screen under the direction of Tom Sommerlatte: In "Bruder Schwester Herz" (2019) he was a cattle breeder who reacts with jealousy to the new boyfriend of his sister and business partner.