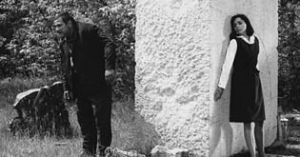 The Hunchback of Soho

Rialto′s first color film of the Edgar Wallace series: A former army General who went insane lives at Castlewood near London together with his wife who runs a home for fallen girls. But as a matter of fact, the criminal administrator and the sadistic matron abuse the girls to forced labour and give the most beautiful girls to the Reverend who runs a brothel nearby. Every girl that tries to escape falls victim to the "Strangler" who provides a lot of unsolved cases for Scotland Yard. When the young American Wanda Merville comes to London to inherit her father′s wealth, she is abducted by the criminal gang and substituted with a look-alike. As the number of dead bodies continously rises, smart Inspector Hopkins tries to finally solve the case.