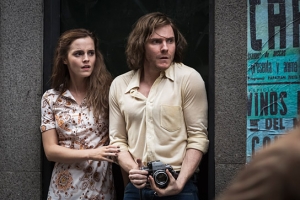 The Chilean coup of 1973. The masses are out on the street, pro­testing against General Pinochet. Amongst them, Daniel and Lena, a young couple, which, like many others, gets arrested by Pinochet’s secret police.

Shortly thereafter, Daniel finds himself trapped in a secret interrogation camp lo­cated underground, beneath the infamous Colonia Dignidad, a German sect following the leadership of the notorious Paul Schäfer. The Colonia presents itself as a charitable mission but, in fact, it is a place nobody ever escaped from. Desperate to rescue her boyfriend, Lena joins the mysterious cult, hoping to find Daniel there and make their way out. They eventually embark on a dramatic escape.

Based on true events.