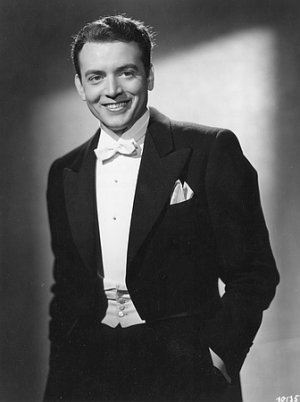 Will Quadflieg was born September 15, 1914, in Oberhausen. He attended actor's training when he was still at secondary school and became a young actor at Stadttheater Oberhausen after finishing his final school exam. Although he was not accepted at Cologne's drama school, he worked at theatres in Gießen, Gera, Düsseldorf, and finally, in Berlin, where he performed at Volksbühne from 1937 to 1940, and from 1940 to 1944 at Schillertheater under artistic director Heinrich George.

In 1937, Quadflieg made his movie debut in the comedy "Der Maulkorb", directed by Erich Engels. He then starred in films like "Das Herz der Königin" ("The Heart of a Queen"), "Kora Terry", and in "Der große Schatten", but also in propaganda films such as "Mein Leben für Irland" ("My Life for Ireland"). Furthermore, Quadflieg made impressive performances as a musician in "Philharmoniker" and in "Die Zaubergeige". During the war, he was spared from military service.

After the end of the Second World War, Quadflieg at first performed at several theatres before he became a co-founder of Junges Theater, today Ernst-Deutsch-Theater, in Hamburg in 1946. From 1952 to 1959, he played the part of "Jedermann" at the Salzburg Festival. And from 1956 to 1962, he collaborated with Gustaf Gründgens at Deutsches Schauspielhaus in Hamburg and played the part of "Faust" in Gründgens' production. Gründgens himself played his antagonist Mephisto – both actors are still best-known for their respective roles. In 1960, the production was made into a film, directed by Peter Gorski.

Quadflieg, who mainly played classical parts on stage, was only rarely seen in the German post-war cinema, for instance in the jealousy drama "Die Lüge" (1950) or in the regional film "Die Försterchristl" ("The Forester's Daughter", 1952). In "Lola Montez" (1955), directed by Max Ophüls, Quadflieg played Franz Liszt. During the following decades, he often starred in TV productions besides his theatre work, including TV series such as "Derrick" and "Der Kommissar", film versions of theatre productions like "Don Juan" (1965) and finally his much-praised participation in Dieter Wedel's "Der große Bellheim" (1992).

In Markus Imhoof's "Die Reise" ("The Journey", 1986), a film about the 1968 student revolt and the RAF terrorist group based on the autobiography of Bernward Vesper, Quadflieg portrayed the protagonist's father. The part was modelled on the Nazi poet Will Vesper – and used by Quadflieg to come to terms with his feelings of guilt for his conformist behaviour during the Nazi regime. From the 1980s on, he became actively involved in the ecology and in the peace movement.

Will Quadflieg, who had been married twice, died November 23, 2003, in Osterholz-Scharmbeck.