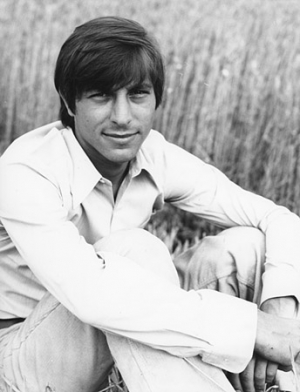 Werner Enke was born in Berlin on 25 April 1941 and grew up in Göttingen. He began to be artistically active at a young age, making countless flipbooks as a ten-year-old, writing poetry as a teenager and playing drums in a jazz combo. After graduating from high school, he applied to drama schools in Munich and Berlin in 1960, but was rejected by all of them. He enrolled at the University of Munich in theatre studies, French and German studies, but without actively pursuing the studies. Instead, he took acting lessons in 1962 at Ruth von Zerboni's private acting school in Gauting-Stockdorf near Munich.

From 1963 Werner Enke played his first, mostly smaller, supporting roles in TV movies and had a major role as a drummer in an episode of the series "Unsere große Schwester" (Episode title: "Die Band", 1965). During this time he met the director Klaus Lemke in Munich, with whom he made several short films. The ensemble of the films also included May Spils, who later became Enke's life partner. Under Spils' direction he played leading roles in the short films "Das Porträt" ("The Portrait", 1966) and "Manöver" ("Manoeuvres", 1966). He made a strong appearance in Volker Schlöndorff's feature film "Mord und Totschlag" ("Degree of Murder", 1967), in which, however, his character is shot dead after only a few scenes.

At the beginning of 1968, Enke was seen in his first leading role in a feature film: in Franz-Josef Spieker's farce "Mit Eichenlaub und Feigenblatt" ("With Oak Leaves and Fig Leaf", 1968), he embodied a young Bundeswehr soldier who tries in vain to pursue a heroic military career. Enke's breakthrough, however, came with "Zur Sache, Schätzchen" (Go For It, Baby", 1968), which was released at the same time. The film was directed by May Spils, who had also written the screenplay together with Enke and Rüdiger Leberecht. The comedy about the everyday life of the Schwabing day thief Charly and his friends was one of the great commercial successes of New German Cinema and soon became a cult film. Enke received the German Film Award for Best Young Actor for his performance.

Three years later, the sequel to "Zur Sache, Schätzchen" was released in cinemas: "Nicht fummeln, Liebling" (1970) told of Charly's experiences in a kind of commune and his confrontations with a chronically overtaxed state power. For this film, Enke, who acted as lead actor and screenwriter, and director May Spils received the Ernst Lubitsch Award.

The Spils/Enke team made three more sequels about the life of the hooligan Charly: "Hau drauf, Kleiner" (1974) about his time in the Bundeswehr, "Wehe, wenn Schwarzenbeck kommt" (1978) about his adventures with an anarchic scrap dealer, and "Mit mir nicht, du Knallkopp" (1983), in which the old student gets involved in a bizarre agent story.

Afterwards, Enke and Spils withdrew from the film business. The couple lives alternately in Munich and on a farm near Bremen.