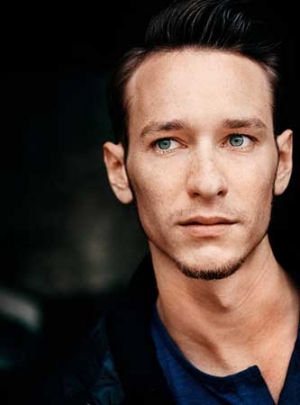 Vladimir Burlakov was born in Moscow in 1987. In 1996, his family relocated to Germany and he was raised in Munich. From 2006 until 2010, he studied acting at the renowned Otto-Falckenberg-Schule. Already before his graduation, Burlakov was cast by director Dominik Graf for a supporting role in the acclaimed TV miniseries "Im Angesicht des Verbrechens" ("In the Face of Crime", 2010). Along with the rest of the cast, Burlakow won a special prize at the German Film Award for his performance.

He went on to play the male lead in "247 Tage" (2011, TV), which garnered him numerous award nominations and won him the 2011 Bavarian Television Award. Burlakov then made his debut in a theatrical release, playing a translator in the comedy "Ausgerechnet Sibirien" ("Lost in Sibiria", 2012). This was followed by a memorable turn in Bettina Blümner's award-winning drama "Scherbenpark" ("Broken Glass Park", 2012).

After a string of TV roles, including parts in "Schneewittchen muss sterben" (2013), "Der Wagner-Clan. Eine Familiengeschichte" (2013, TV) and "Tödliche Versuchung" (2013, TV), Burlakov returned to the big sceen with the 2015 release "Nachthelle" ("Bright Night"). The same year, Vladimir Burlakov played the male lead in the made-for-TV romance "Nele in Berlin", was a regular cast member of the highly anticipated TV series "Deutschland 83" and starred opposite Christian Ulmen in the comedy "Macho Man".