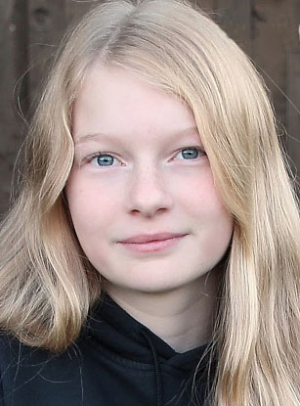 Stephanie Amarell was born in Berlin on 1 August 1996 and grew up in the Uckermarck. In 2008, at the age of eleven, she took part in a casting for Michael Haneke's "Das weiße Band - Eine deutsche Kindergeschichte" ("The White Ribbon") and received the supporting role of Sophie. Subsequently, she belonged to the ensemble of the two-part children's film "Prinz & Bottel" ("The Prince and the Pauper", 2010, TV) and the social comedy "BlitzBlank" (2013, TV). Amarell landed her breakout role as the title character in Ben Verbong's TV drama "Mona kriegt ein Baby" (2014), about a 14-year-old girl who gets pregnant. Critics praised Amarell's nuanced performance.

After working in a number of TV productions, Amarell was a regular in the first season of the mystery series "Armans Geheimnis" ("Arman's Secret", 2015), about five young people who try to leave their problems behind on a horse farm. She then played a victim of abuse in the much discussed "Operation Zucker: Jagdgesellschaft" (2015), directed by Vivian Naefe. She also played an important role as a doped GDR sportswoman in Oliver Hirschbiegel's TV three-parter "Der gleiche Himmel" ("The Same Sky", 2017).

Amarell received much praise and a nomination for Best Young Actress at the German Actor Award for her portrayal of the title character in the thriller "Die Familie" ("Family", DE/PL 2017), in which she starred as a notorious school truant, who gets under the spell of a charismatic therapist during a self-discovery therapy. The role won her Best Actress in a Leading Role at the Turkish-German Film Festival in Nuremberg. Director Volker Schlöndorff cast her in his award-winning crime drama "Der namenlose Tag" (2017, TV) as a young woman who dies under mysterious circumstances, which entails a series of sustainable developments.

Again under Ben Verbong's direction, Amarell 2018 appeared in the TV drama "Ein ganz normaler Tag" as the partner of a man of colour who gets beaten into a coma by racists. She had a leading role in the youth drama "Schwimmen" ("Swimming", 2018), about a 15-year-old mobbing victim who takes revenge on her tormentors using her mobile phone camera.