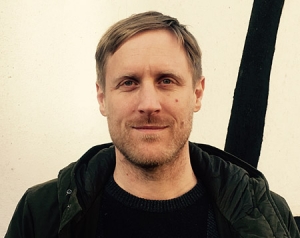 Sebastian Schultz was born in Kiel in 1974. While working as an intern for a photographer, he developed a professional interest in film. From 1998 until 2000, he learned the ropes as an assistant editor at Werk Hamburg, and in 2000, he started to work as a freelance editor and director. He made commercials and music videos for acts like Rocko Schamoni and Blumfeld.

Schultz and Jessen eventually co-wrote and co-directed the comedy "Fraktus" (2012). Schultz also worked on the script of Patrick Siegfried Zimmer's science-fiction film "Anhedonia" (2015). In 2015, Schultz and Jessen co-founded the production company Eichholz Film, and the following year, they teamed up with Klaas Heufer-Umlauf to found the production company Bird&Bird, which focuses on talent search and the development of new TV formats.

Under the banner of Eichholz Film, Schultz produced the award-winning TV movie "Jürgen - Heute wird gelebt" ("Lonely Knights", 2017, Director: Lars Jessen) and the documentary "Wildes Herz" (2014-2017), which he also co-directed with Charly Hübner. "Wildes Herz", a documentary about the East-German punk rock band Feine Sahne Fischfilet, went on to win several awards, including the DEFA-Förderpreis and the Dokumentarfilmpreis des Goethe-Instituts.