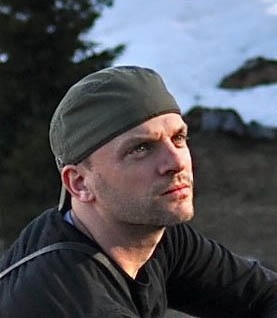 Sebastian Kutzli, who is of Swiss nationality, was born in Hamburg in 1969. He took classes in graphic design and journalism in Basel, and subsequently relocated to Hamburg where he worked as a camera assistant and sound operator for several television productions. In 1997, he enrolled at the Hochschule für Film und Fernsehen (HFF) in Munich. His graduation film "Kalte Haut" won the 2005 MedienCampus Bayern Award, as well as awards for editing and cinematography at the 2005 Deutscher Kamerapreis.

While being a student, Kutzli co-founded the renowned film magazine "Revolver" in 1998 and remained one of the publishers until 2002. In 2005, he worked as assistant director on Dominik Graf's "Der rote Kakadu", which was released in 2006. Also in 2006, he founded "Gecko Film Garage", a company which provides research, scouting and script development for film, television ad graphic novel projects.

In 2012, Kutzli completed his first feature-length film: "Puppe", starring Anke Retzlaff and Corinna Harfouch, tells the story of a 16-year-old street kid who encounters the murderer of her best friend in a remote correctional camp for minors.