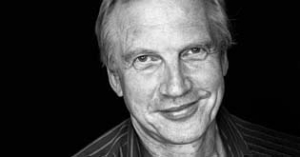 Reinhard Klooss graduated in literary studies before working as an author for radio and TV productions and as a advisor for Studienstiftung des deutschen Volkes in Bonn. In the mid-1980s, Klooss entered the movie business as an editor and dramtic advisor for Constantin Film in Munich. In 1993, he became director of Bavaria Filmverleih und Produktions GmbH. Furthermore, he worked as a producer, author and director for the movie branch of Bavaria Film. In 1995, Klooss was appointed head of Babelsberg Film GmbH but already two years later returned to Bavaria where became managing partner and in the same year won the Artur Brauner prize for his production of Joseph Vilsmaier"s "Comedian Harmonists" together with Hanno Huth and Danny Krausz.


Klooss is one the founding members of Odeon Film and was a member of Odeon"s board of directors until 2003. Kloss, who as a producer supported box office hits like "Asterix und Obelix" (Asterix and Obelix Take on Caesar ) as well as Arthouse films like "Mortal Transfer" or "Long Walk Home", also worked as an author and, among other things, wrote the screenplay to the Odeon production "Leo und Claire" (Leo & Claire). Since 2004, Reinhard Klooss is the director of the new-found Bavaria movie branch Tochter "Bavaria Pictures". The children"s book adaptation "Urmel aus dem Eis" from 2006 is his first work as a movie director.

In 2008, he completed his second feature film "Urmel in voller Fahrt". His third film, again co-directed by Holger Tappe, is also an animation feature: "Die Konferenz der Tiere", based upon the eponymous childrens" book by Erich Kästner, opens in theatres in 2010.