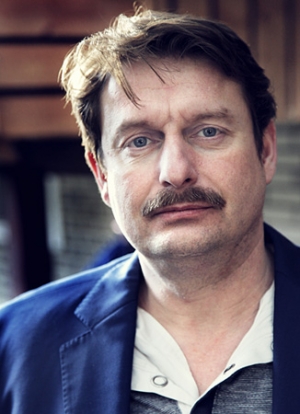 Peter Trabner was born in Bückeburg in 1969. In 1985, he began a three-year apprenticeship as a mechanic, and from 1989 on, he worked as an instructor in the German army. In 1992, he relocated to Berlin, where the self-taught performer started his stage career. While already starring in various theatre productions, he professionally trained as a clown and mime, and took acting classes.

In 1998, Trabner created two characters: the chaotic clown "Jacques Pipette" and the droll police officer "Herr Richtig", for which he wrote a stage show that toured Germany, Europe and Australia. After returning to Berlin in 2000, he resumed his theatre career, and in 2003, he joined the theatre company "Two fish".

Trabner made his screen debut as the lead in Tom Lass' "Papa Gold" (2011), which was edited by Axel Ranisch. Trabner, Ranisch and Heiko Pinkowski then wrote the screenplay to "Dicke Mädchen", which was directed by Ranisch and featured Pinkowski and Trabner in the leading roles. "Dicke Mädchen" ("Heavy Girls") went on to win several accolades, including the Spirit of Slamdance Award.

During the following years, Trabner had roles in releases like "Kohlhaas oder Die Verhältnismässigkeit der Mittel" ("Kohlhaas Or The Proportionality of Means", 2012), "Silvi" ("Silvi – Maybe Love", 2013) and "Millionen" (2013). Again teaming up with Ranisch, he played an evil wizard in "Reuber" (2013), followed by his lead role as a family father in Nico Sommer's award-winning "Familienfieber" ("Family Fever", 2014). In the also award-winning teen drama "Liebe mich!" ("Love Me!", 2014), Trabner featured in a pivotal role as the overburdened father of the young and impulsive protagonist. The tragicomedy "Alki Alki", again helmed by Axel Ranisch, then starred the actor as an excessive alcoholic tellingly nicknamed Flasche ("Bottle").

In addition to his movie roles, Trabner has guest-starred in numerous TV shows, including "Die Pfefferkörner" (2014), "SOKO Köln" (2016) and "Heldt" (2016). He also plays recurring characters in "Rentnercops: Jeder Tag zählt!" and in the Dresden edition of the "Tatort" series.