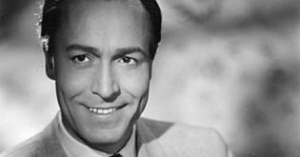 Paul Karl Heinrich Klinksik, born June 14, 1907, in Essen, a classmate of Helmut Käutner"s, dropped out of theatre studies in Munich to work at Koblenz theatre in 1929. He then moved on to theatres in Oldenburg, Wroclaw, and Düsseldorf, and from then on named himself Paul Klinger. In 1933, he joined Heinz Hilpert at Deutsches Theater Berlin. In the same year, Klinger made his movie debut as a charming lover in "Du sollst nicht begehren".

During the 1930s and 1940s, Klinger mainly appeared in roles of boyish lovers and loyal friends, for instance alongside Olga Tschechowa or Karin Hardt. He was also involved in the war movie "Spähtrupp Hallgarten" and lent his voice to the propaganda movie "Ewiger Wald" ("Enchanted Forest").


During the war, Klinger played leading roles in two of Veit Harlan"s dramas, the blood and soil melodrama "Die goldene Stadt", and in the adaptation of Theodor Storm"s novel "Immensee". After the war, Klinger took the leading role alongside Ilse Steppat in Kurt Maetzig"s debut movie "Ehe im Schatten" ("Marriage in the Shadows"), based on the biography of actor Joachim Gottschalk.

In the post-war period, Klinger became a public idol with fatherly parts in films like Arthur Maria Rabenalt"s "Morgen ist alles besser" and the three "Immenhof" films from the mid-1950s, among others. In the Kästner adaptations "Pünktchen und Anton" ("Punktchen and Anton") and "Das fliegende Klassenzimmer" ("The Flying Classroom"), Klinger played the stocking manufacturer Pogge, and the secluded non-smoker, respectively. In his last movie role, Klinger played a gangster in the adventure film "Das Geheimnis der drei Dschunken" ("Red Dragon"). On November 14, 1971, Paul Klinger died of a heart attack in Munich.