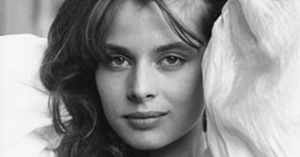 The daughter of actor Klaus Kinski grew up in Berlin, Rome, and Munich. After her parents separated, she moved with her mother to Munich, then to Caracas, and back to Munich where she finished secondary school.

In 1974, Lisa Kreuzer discovered her for the voiceless role of Mignon in the film "Falsche Bewegung" ("False Movement"), directed by Wim Wenders. She then became known to a broad public in Wolfgang Petersen TV movie "Reifezeugnis", an episode of the "Tatort" crime film series. The German TV film was also internationally shown in moive theatres. After "Reifezeugnis", Kinski"s role offers were mainly restricted to the clichéd role of naive, seductive lolitas.

Kinski then met director Roman Polanski. She attended acting lessons from Lee Strasberg in New York and played the leading role in Polanski"s film "Tess", based on Thomas Hardy"s novel. Her precise portrayal of an innocent girl from the country that is led to commit a murder by the hypocritical morals of the Victorian society broke up the previous role cliché and also won Kinski several awards in 1980, including a César. She then starred in Paul Schrader"s remake of Jacques Tourneur"s "Cat People" and played the mysterious circus girl Leila in Francis Ford Coppola"s "One From The Heart".

Kinski then returned to Germany to play the pianist Clara Wieck in Peter Schamoni"s film "Frühlingssinfonie" ("Spring Symphony"), a performance that won her the German film award in 1983. So far, her most successful role was the part of the young, sought-after mother Jane in "Paris, Texas", directed by Wim Wenders.

Since then, Kinski has starred in several international, but less successful productions, and also in commercials. She returned to Germany in 1993 for a guest performance in "In weiter Ferne, so nah!" ("Faraway, So Close!"), directed by Wim Wenders. After a personal break, she resumed her movie career in 1996 in Hollywood.