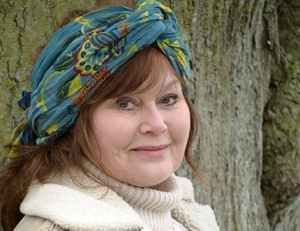 Monika Woytowicz was born June 23, 1944, in Barth. After finishing school, she at first performed in an amateur theatre group before she attended actor"s training at Leipzig's Theaterhochschule from 1961 to 1965. After her graduation, Woytowicz became a cast member of Städtische Bühnen Leipzig.

She made her movie debut while still attending drama school in Hans-Joachim Kunert's film "Die Abenteuer des Werner Holt" ("The Adventures of Werner Holt", 1964) and played the role of Gundel Thieß, with whom young Werner Holt wants to start a new life after he has overcome the Nazi ideology.

But Woytowicz already made her first appearance on the big screen one year before "Werner Holt" opened in theatres in 1965: "Mir nach, Canaillen!" (1964), directed by Ralf Kirsten, was produced immediately after "Werner Holt" but came out a couple of months earlier. In "Mir nach, Canaillen!", Woytowicz played the charming countess Ulrike who turns the head of the unconventional shepherd Alexander, played by Manfred Krug.

During the following years, Monika Woytowicz starred in numerous GDR feature films, for instance in Konrad Petzold's "Osceola", or in the Eichendorff adaptation "Aus dem Leben eines Taugenichts", with a star-studded cast including Dean Reed and directed by her husband, Celino Bleiweiß. Woywotowicz also regularly appeared on TV, mainly in collaborations with her husband. She made a particularly memorable performance as emancipated Viktoria in "Absage an Viktoria". Furthermore, she starred in the elaborate multi-part history film "Sachsens Glanz und Preußens Gloria".

In 1983, Woytowicz emigrated to West Germany and focused on her TV career. Until today, she appeared in numerous popular TV series, including "Tatort", "Liebling Kreuzberg", "Ein Fall für Zwei", "Siska", and "Lindenstraße". Moreover, Woytowicz performs on stage, and tours with readings and solo programs.

In 2005, Monika Woytowicz retired almost completely from the stage und her film and TV work.