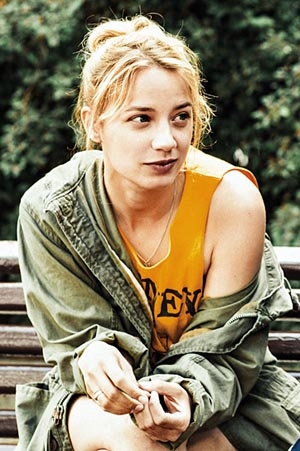 Jytte-Merle Böhrnsen was born in Hamburg on January 5th 1984. As a child, she already garnered acting experiences: From 1991 to 2001, she performed in stage productions at the Deutsche Schauspielhaus, the Hamburger Kellertheater and at the Kleine Theater Schillerstraße. In 2001, she won the first prize at the Hamburger Amateurtheatertage for her performance in "Das Mädchen am Ende der Straße".

Her major screen roles include parts in "Dating Lanzelot" (2011), "Bild von ihr" and "The Forbidden Girl" (2013).
Börnsen frequently worked with Til Schweiger: She played the wife of a bodyguard in "Schutzengel" (2012), the young girlfriend of a man hitting his mid-life crisis in "Kokowääh 2" (2013) and was also featured in "Willkommen in Hamburg" (2013), Schweiger's pilot episode in the TV series "Tatort".

Jytte-Merle Böhrnsen next played the female lead in Tobias Wiemann's comedy "Grossstadtklein", which was produced by Til Schweiger and released in 2013.