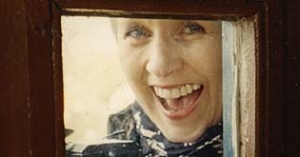 Jenny Gröllmann was born February 5, 1947, in Hamburg, as the daughter of the production designer Otto Gröllmann and his wife Gertrud, a theatre photographer. In 1949, the family relocated to Schwerin, and in 1955 further moved to Dresden. While still at school, the 14-year old Gröllmann played the title role in Brecht's "Die Gesichte der Simone Machard". From 1963 to 1966, she studied at Staatliche Schauspielschule Berlin and became a member of the cast of Maxim Gorki Theater in 1966.

From 1966 on, Gröllmann also worked for film and TV productions. After her movie debut as a student in Ulrich Thein's part "Die Prüfung" for the episodic film "Geschichten jener Nacht", Konrad Wolf cast her in a supporting role as a shy German girl in "Ich war neunzehn" ("I Was Nineteen"). In contemporary DEFA and TV productions, Gröllmann most often portrayed confident, cheerful, and sometimes snappish young women.

Gröllmann played her first leading role in Ingrid Reschke's "Kennen Sie Urban?" based on Ulrich Plenzdorf's screen play. She also played the leading role of Betty Lienau in the third part of the TV series "Eva und Adam": Betty, a girl from a broken home, comes out on top against adverse conditions though suffering several setbacks. In Ulrich Thein's TV multi-part TV movie "Broddi", Gröllmann starred as Christine, the female counterpart to the title hero Jochen Brodalla (Christian Grashof), a confident, yet needy girl that falls in love with the social outcast without prejudice.

From 1984 to 1990, Jenny Gröllmann, the mother of Jeanne Gröllmann and Anna Maria Mühe, was married to actor Ulrich Mühe, who later accused her that she had been a collaborator of the Stasi, the East German secret police, and had been spying on him. In 2006, Mühe was prohibited to further express his allegations because there was no authoritative evidence of Gröllmann's collaboration.

Gröllmann had suffered from cancer already in 1999 but was able to temporarily fight off the disease. But on August 9, 2006, Jenny Gröllmann died in Berlin from cancer.