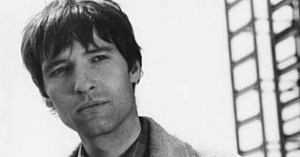 Do You Know Urban?

Together with his brother Keule, Hoffi – who has been in prison for assault – trudges around large construction sites across the country: He wants to find Urban, a surveying engineer whom Hoffi had met during a hospital stay and who has become a kind of role model for him. When he meets the cute intern Gila at a construction site, the notorious vagabond finally seems to settle down. Furthermore, he enjoys working for the workers′ brigade. But Gila′s parents do not trust Hoffi and categorically disapprove of her daughter′s relationship with the former prison inmate. When Gila expects a child from Hoffi, she finally breaks with her parents. At first, Hoffi also seems to abandon his girlfriend, because he cannot make up his mind to marry her. But with the help of his friends from the building site, Hoffi realizes his wrongdoing and returns back to Gila.