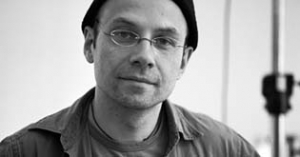 Hagen Keller, born 1968 in Thuringia, grew up in Weimar. He was banned from finishing his high school diploma after refusing to do military service for the German Democratic Republic. He then worked in several jobs, including waiter, librarian, nurse, and carpenter. Later, Keller caught up on his high school diploma in evening classes. After the fall of the Berlin Wall, Keller studied to become a translator for the Portuguese and the Russian language but also finished an apprenticeship at Staatliche Akademie für Fotodesign in Munich afterwards. From 1996 on, Keller worked as a photographer for well-known print media such as "Der Spiegel", "taz", or German "Vogue".