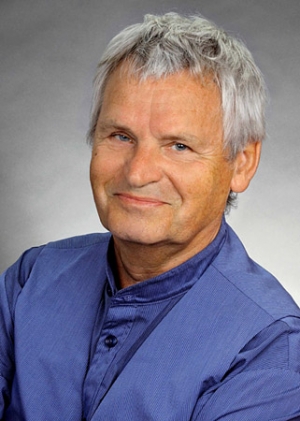 Gerd Conradt was born on 14 May 1941 in Schwiebus/Świebodzin (then German Reich, today Poland) and grew up in Thuringia. In 1955 he moved to Berlin. After training as a photographer he was one of the first students at the Deutsche Film- und Fernsehakademie Berlin (dffb) in 1966. In 1968 he and 17 fellow students, including Harun Farocki and Holger Meins, were temporarily expelled from the university because they occupied the head masters office. Since 1982 he has worked as a freelancer for television, also working for magazines, teaching at various universities and implementing video installations and educational films. A recurring theme in his films is the history of the student movement and the RAF (Red Army Faction) – he has dealt with Holger Meins in two films: "Über Holger Meins" (1982, together with Hartmut Jahn) and "Starbuck Holger Meins" (2001).

Conradts experimental short film "Rettet Berlin!", with which he supported a citizens' initiative to solve the banking scandal, celebrated its premiere in 2003 in the short film competition of the Berlinale. His experimental video work "Farbtest.3" (2004), about the context-dependent perception of a red flag, was awarded the 11th Marler Videokunst-Preis (Marl Video Art Prize). With "Monte Klamotte - Eine Expedition zum Berliner Schuldenberg" (2005) he directed a documentary film that studied the debt situation of the German capital.

In 2006 Conradt's book "An der Spree - der Fluss, die Menschen" (co-written by Hedwig Korte) was published, followed by the film "Die Spree - Sinfonie eines Flusses". With this film Conradt was invited to the International Film Festival in Pyongyang, North Korea. North Korea was also the starting point for his nine-minute experimental documentary "Arirang - Letter to Barack" (2010) about the country in the context of its nuclear weapons programme. In addition to his cinematic work, Conradt has also implemented art events and installations, such as a "Fahrradniederlegung zum Gedenken an Rudi Dutschke" (2008) and the video installation "Gretchen Dutschke, 1985 / 2008" at the ZKM Karlsruhe (2009, together with Michaela Buescher).

In "Mauerweg-Stafette" (2012), he accompanied runners carrying a Berlin flag along the former border between East and West Germany. At the DOK Leipzig Festival 2012 he presented the feature-length work "Video Vertov", a kind of electronic will in which he tells his grandson about his life using film and video documents from the past forty years. The documentary "Anfangen" (2014) portrays the social scientist, feminist theorist and musician Christina Thürmer-Rohr, and "Turn your Eyes to the Present" (2015) portrays the American avant-garde composer Frederic Rzewski.

In 2019, Conradts documentary "FACE It!" was released in cinemas. It deals with the importance of one's own face in times of digitalization and increasing video surveillance.