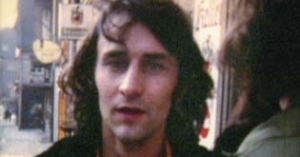 Twenty-five years after the death of Holger Meins, filmmaker and former student friend of the deceased, Gerd Conradt takes an in-depth look at the helmsman of the Baader-Meinhof gang. Who was Holger Meins? What led him into the underground?

What circumstances resulted in his death, a death which made him the declared symbol of the radical opposition in Germany? What remains of his legacy?
Berlin 1967: A group of young film students start with their studies, among them Hamburg-born Holger Meins. Five years later, Meins is arrested as a member of the Baader-Meinhof-Group. The news images are broadcasted around the world. In 1974, the first prisoner from the Red Army Faction dies as the result of a hunger strike: Holger Meins.
The decisive moments in Holger Meins′ biography represent the potentialities of the lives of a whole post-war generation, whereby each document has its own history.