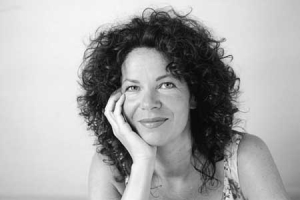 Franziska Buch was born in Stuttgart on November 15th 1960. After studying philosophy and literature in Stuttgart and Rome, she successfully applied for the Münchner Hochschule für Film und Fernsehen (HFF) in 1986. In 1991, her final student film evolved into her feature film debut as a director: In her childrens' film "Die ungewisse Lage des Paradieses", a little girl escapes from drab reality to a surreal dream world. The film premiered in 1992 at the Munich Film Festival.

Her breakthrough came with "Verschwinde von hier" ("'Get Outa Here'") which tells of a young woman who asks a con artist to play the father for her son. The film won the award for Best Screenplay at the Max-Ophuls-Prize festival, and as a writer and director, Buch continued to work in the childrens' genre. After her award-winning screen adaptation of "Emil und die Detektive" ("Emil and the Detectives", 2001) and the made-for-TV comedy "Unsere Mutter ist halt anders" (2003), she directed "Bibi Blocksberg und das Geheimnis der Blauen Eulen" ("Bibi Blocksberg and the Secret of the Blue Owls"), a sequel based on the popular book series. The film was a box office hit, and won the Grand Prize at the Chicago International Children's Film Festival.

Despite this success, Buch worked mainly in television for the following years. She directed the ambitious productions "Heimliche Liebe - Der Schüler und die Postbotin" and "Patchwork" and co-wrote the script for "Teufelsbraten", which won a Grimme Award. In 2010, she returned to the big screen with "Hier kommt Lola!" ("Here Comes Lola!"), a film which echoes her lauded debut Debüt "Die ungewisse Lage des Paradieses" with a story about a young girl with a vivid imagination.

She then directed the screen adaptation of the children's book series "Yoko". Buch's next film "Adieu Paris" was aimed at an adult audience: it follows some highly different individuals who accidentally cross each others path in the French capital, which leads to life-changing experiences.