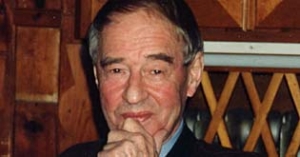 Franz Seitz was born in Munich on October 22nd 1921. The son of director and producer Franz Seitz sen. and actress Anni Terofal joined the Wehrmacht in 1940, and was later promoted to the rank of first lieutenant. After WWII, Seitz ventured into painting and art history, and for a time supported himself as an artist. In 1949, he worked as film architect under director Richard Eichberg, and two years later, he and his partner Jochen Genzow founded the production company Allegro-Film.

In the beginning, there used to be some confusion due the same name and occupation of father and son. For instance, the young Seitz produced "Der letzte Schuß" (1951) which was directed by his father. The script was co-written by both, while brother Hans Seitz was a cast member. As managing director of Ariston-Film, Seitz junior was involved in ambitious projects like Roberto Rossellini"s "Paura" ("Angst"; 1954) and G. W. Pabst"s "Es geschah am 20. Juli" (1955). In 1956, he founded the Munich-based Franz Seitz Filmproduktion, which became the production base for of many "Heimatfilme", including box-office hits like "Der Meineidbauer", "Mein Schatz ist aus Tirol" or "Schön ist die Liebe am Königssee". In the late 1960s, the company also participated in the wave of sex education films and established its own brand of popular comedies.

Along with his work as producer, Seitz junior also was a writer and director like his father before him. His feature film debut as director was the music comedy "Ein Mädchen aus Paris". He often directed under the pseudonym Georg Laforet (one of the ancestors on his mother"s side was a Count Laforet). Among his successes as a screenwriter are "Das schwarz-weiß-rote Himmelbett" (1962), "Kleiner Mann ganz groß" and "Grieche sucht Griechin".


That Seitz was indeed willing to leave a trodden path was most evident in his work as producer. In 1966, he produced Volker Schlöndorff"s acclaimed debut "Der junge Törless" – making him, who was considered to be a member of the old film establishment, one of the first patrons of New German Cinema. In the following years, he was involved in seminal productions like Jean-Marie Straub"s "Chronik der Anna Magdalena Bach" (1967), and Schlöndorff"s Academy Award-winning "Die Blechtrommel" (1979).

The literary work of Thomas Mann was one of his passions, and he brought numerous adaptations to life, including "Tonio Kröger", "Wälsungenblut" (1964), "Der Zauberberg" (1981), as well as "Unordnung und frühes Leid" (1976) and "Doktor Faustus", both of which he also directed. The social and cultural history of Bavaria and Munich also remained recurring themes in his work as director, showcased in films like "Abelard – Die Entmannung" (1975), "Die Jugendstreiche des Knaben Karl" (1977), "Flammenzeichen" (1984), and "Erfolg" (1991).

For many years, Franz Seitz was also an active and important figure in German film politics and over the years, he held key positions in numerous organizations, associations and festivals. He received numerous awards and decorations for his work, including the Merit order of the Federal Republic of Germany and the French "Chevalier dans l"Ordre des Arts et des Lettres" .

In the early 1990s, Seitz retired form active film production. After a long hiatus, he wrote and produced the TV comedy "Glück auf vier Rädern" (2005). He never saw the airing of this film: On January 19th 2006, Franz Seitz passed away in Munich.