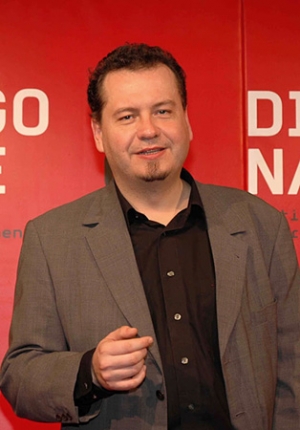 Christian Frosch, born 1966 in Waidhofen an der Thaya, Austria, at first became a photographer and subsequently went to Vienna's Filmakademie and later to Deutsche Film- und Fernsehakademie (dffb) in Berlin, where he successfully graduated in 1995. He won the Carl Meyer prize of the city of Graz for the screen play of his movie debut, the psychological thriller "Die totale Therapie" (1996), starring Blixa Bargeld. The film was also successfully shown at several international festivals.

Frosch's second movie, the semi-documentary film essay "k.af.ka fragment" (2001), won the "Pearl of the World Award" at the Rotterdam film festival as well as the "Special Jury Award" at the international film festival in Sochi, Russia. In the following years, Frosch worked as an author, producer, and documentary filmmaker in Austria and in Switzerland. In 2002, he set up the production company weltfilm together with Kristina Konrad and Ursula Scribano. And in 2008, Frosch finally returned to the big screen with the psychological thriller "Weisse Lilien" ("Silent Resident").

During the following years, Frosch co-produced the feature "Dougs Deutschland" (2011) and the documentary "The Place We Left" (D/AT/BIH 2012).

Frosch returned as writer and director with the romantic drama "Von jetzt an kein Zurück" ("Rough Road Ahead"), which tells a tragic love story set between 1969 and 1977. The film premiered at the 2014 Filmfest Oldenburg, where it won the award for Best Female Actor (Victoria Schulz). It was released theatrically in Germany in March 2015.