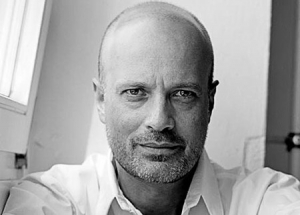 Christian Berkel was born in Berlin on October 28 1957. From the age of fourteen on, he was raised in Paris and already started taking acting classes in school. After graduation, he moved back to Berlin and enrolled at the DFFB film academy.

In 1977, he made screen debut in a small supporting role in Ingmar Bergman's "Das Schlangenei". The same year, he played one of the leads in the TV drama "Eine Jugendliebe". Nevertheless, Berkel focused on theatre work in the following years. Until 1993, he appeared in acclaimed stage productions in Dusseldorf, Bochum, Munich, Vienna and Berlin. During that time, he only sporadically took offers from film and television.

But from the mid-1990s on, he became a fixture in both mediums. In 1998, he got rave reviews for his portrayal of a psychopathic family man in the "Tatort" episode "Schwarzer Advent". Following supporting roles in Dominik Graf's "Deine besten Jahre" and Dieter Wedel's miniseries "Der König von St. Pauli", he made his final breakthrough as a screen actor co-starring with Moritz Bleibtreu in Oliver Hirschbiegel's thriller "Das Experiment".

This was followed by parts in Bertrand Tavernier's war epic "Laisser passer" (2002), Sherry Horman's comedy "Männer wie wir" (2004) and Mennan Yapo's thriller "Lautlos" (2004). In 2004, Berkel played the role of physician Dr. Schenck in Oliver Hirschbiegel's much-discussed WWII drama "Der Untergang", and his performance was not only hailed by critics but also won him a "Bambi" award and more international engagements. Although he was somewhat pigeonholed into playing Nazis and soldiers in films like Paul Verhoeven's "Black Book" (NL/DE, 2006), "Tage des Zorns" (DK, 2008), Spike Lee's "Das Wunder von St. Anna" (2008) and Bryan Singers' "Operation Walküre" (US/DE, 2008), he always managed to add surprising depth and complexity to the stereotype. And a notable exception from this string of soldier roles in WWII films remains his grouchy French bartender in Quentin Tarantino's "Inglourious Basterds" (2009).