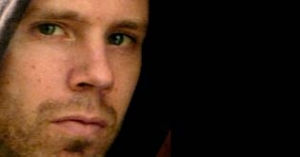 Christian Bach was born in Düsseldorf in 1977. He began to study German literature, sociology and history and Marburg, but later transferred to the European Film College in Denmark and finally enrolled at the Hochschule für Fernsehen und Film (HFF) in Munich. While at school, he gathered first-hand experiences working as an assistant editor, script reader and production assistant for the Cologne-based company Gemini Film. In addition to this, he supported himself by working as a courier, projectionist, paramedic and as a student advisor for the HFF. His student short "Ein öffentliches Ärgernis" (2002) won him the Short Film Award at the Emden Film Festival.

In 2009, Bach graduated from the HFF with the short "Hinter den Dünen". Receiving a scholarship, he began to develop the screenplay for his feature film debut "Hirngespinster" ("Flights of Fancy"), in which a family threatens to break apart because the father suffers from schizophrenia. The film won in the categories Best Actor (Tobias Moretti) and Best Supporting Actor (Jonas Nay) at the 2014 Bavarian Film Award and was released in the fall of that year.