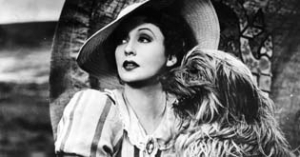 In 19th century London, popular show singer Gloria Vane enjoys great success. Out of love for Sir Albert Finsbury, she claims responsibility for a bank fraud he committed and is sentenced to manual labour in a work camp in Parametta, Australia. Although she hopes for her lover to rescue her, Finsbury lets her down.
In order to escape the ordeal of the camp, Gloria participates in a wedding market and is picked by good-natured farmer Henry Hoyer. But life on a farm seems unbearable to Gloria, and she flees to Sir Albert, who meanwhile also moved to Australia and is now engaged to the governor′s daughter. They meet again in the nightclub "Sidney Casino", where Gloria is performing as a singer. Albert begs her to leave with him, but Gloria can′t forgive his betrayal. Finally, Albert commits suicide. Gloria returns to Parametta and is taken in by a forgiving Henry.