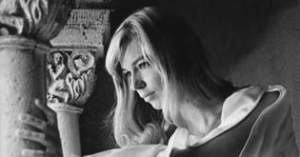 Based on a fairy tale by the Brothers Grimm: A farmer and his daughter, who received a share of land from the king, find a precious casket without a cover on the land. Against his daughter′s advice, the farmer brings the casket to the king who blames him to have stolen the cover and incarcerates him. To free her father, his daughter has to solve three puzzles. She boldly solves the puzzles; then, the not only smart but also beautiful daughter wins the king′s heart and becomes his wife. Now, she has her say in telling right and wrong concerning the deeds of the king′s subjects. This offends the king′s vanity and he throws her out of the castle. But he still loves her and so he grants her one last wish: she can take one thing with her that is dearest to her. – On the next morning, the king wakes up in a poor farmer′s parlour. Now, he gladly surrenders, and the king and his wife return to the royal castle.