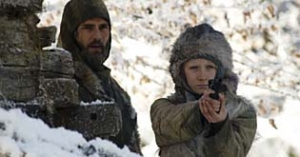 16-year-old Hanna grew up with her father, a former CIA agent, far from civilization in the wilderness of Finland. But she is no ordinary teenager in other ways either: trained by her father to be a perfect fighting machine, she has the strength and stamina of an adult elite soldier. One day, Hanna is given a choice by her father: She can give up being a hermit and go out into the world. But if she takes that step, she must be prepared to be hunted by the henchmen of a ruthless CIA agent. This woman would do anything to wipe out the girl - if Hanna doesn't beat her to it. Hanna accepts the challenge, and so a bloody chase across Europe takes its course.