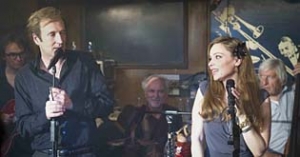 Following a heart attack, crooner Alexander Ludwig is sent to a rehab hospital. This wouldn′t be to bad, but since his near-death experience, Alexander is also partly amnesiac, which leads to absurd situations. He makes the acquaintance of piano player Heinrich, who is still an enterprising guy despite his advanced age. United in their shared passion for music, Alexander, Heinrich and two other patients form a Jazz band. The fact that Alexander doesn′t remember his own songs is elegantly covered up by the others. Much more problematic are the regular visits by a young woman, who claims to have been Alexander′s wife for the last two years. That′s highly dubious, since Alexander has fragmented memories of a totally different family.