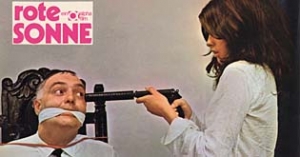 Rudolf Thome's second feature film tells the story of Sylvie, Peggy, Christine and Isolde, four women living in an apartment in an old building in Munich. Their flat-sharing community has simple rules: The housemates may invite men for five days only, enjoying sexual and other pleasures. Then they have to kill the sexual objects. Thomas, an old friend of Peggy, has no clue of this, as he visits the community, but little by little he discovers their secret. But he doesn′t want to lose Peggy and so he consciously lets the five days pass. Peggy however is forced by her friends to stick to the rules.