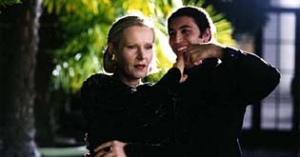 Rainer Werner Fassbinder, who died young and whose death also signified a transition in German cinema, left not only an extensive body of film and theatre work , but also a great many admirers and critics. A legend in his own lifetime, his films never cease to hold a fascination right up to the present day.

A new generation of viewers, bringing with them new experiences and encountering his work with a fresh eye, are astonished by how modern his output has remained. They are discovering that his films not only portray contemporary history but also contain quintessential truths concerning human nature and the yoke of dependence and oppression. On another continent, Americans are also re-discovering the "Fassbinder phenomenon".
Life, Love & Celluloid shows nine people who talk about their experiences of programming and watching these films.