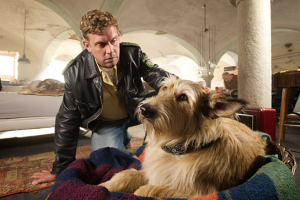 Once again, provincial policeman Franz Eberhofer has his hands full: not only does he have to solve the murder of the priest's sister, who worked as a webcam stripper, but he also has to look after his best friend Rudi. Rudi is temporarily in a wheelchair after an accident - and naturally blames Franz for his misery. As if that were not enough, his permanent girlfriend Susi has also let herself in for a "surprise": together with Franz's hated brother Leopold, she wants to build a semi-detached house next to the Eberhofer farm, a plan that is not only a thorn in Franz's side, but also in his father's. When a second corpse turns up, Eberhofer fears that a serial killer could be on the loose in Niederkaltenkirchen.