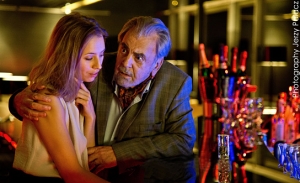 Karl Escher spent three years in prison – as an innocent man. He admitted to falsification of documents and embezzlement in order to protect his father, an influential banker. Yet Karl is convinced that it is his brother Franz who was indeed running the scheme. When his sister Amalia tells him that shortly before his release from prison, Escher-Bank had merged with Field-Bank, Karl fears that now the money laundry might reach a whole new level.

To prove his suspicion, Karl joins a group of robbers who kidnap the banker Field. While the gangsters are in for the dirty money, Karl tries to get a hold of the secret documents proving his innocence. Yet, when his brother Franz gets wind of what is going on and informs on him to the authorities, all of a sudden the entire family is in danger.