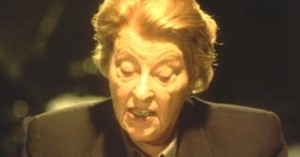 A portrait of one of the most fascinating German actresses, now on her way to becoming the cult image for the art of acting in 20th century Germany. She represents continuity in discontinuous periods of time.

Like a queen, she has kept her own counsel on how much this continuity has demanded of her, especially between 1933 and 1945.
The film utilises the form of internal monologue to link the expression of this great actress in her roles to what happened to her and within her, as well as to what still appears today in her public appearances - oscillating links to reality. So arises a vital conflict between life and art throughout the years from 1925 to 1999 that should inform our own desires and political assertions.