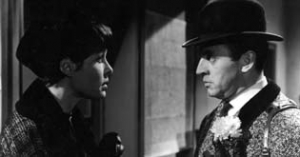 Who is "The Squeaker"? - is the question not only Scotland Yard is asking themselves, but also the London underworld. The mysterious fence forces crooks to give him their loot for a ridiculous price. Those who do not play along, he betrays to the police. And whoever stands in his way, he kills unscrupulously, preferably with the deadly poison of the black mamba. Inspector Elford of Scotland Yard has to be careful not to lose track of what's going on, because almost everyone is a suspect. The trail leads to the strange Mr. Sutton, the owner of a pet shop, which also carries predators and poisonous snakes.