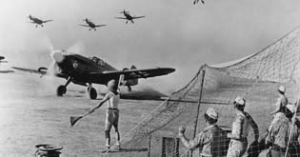 The Star of Africa

Germany during the Second World War: Robert and Jochen, two friends, are sent as combat pilots to Africa. Daredevil Jochen, in particular, soon becomes becomes famous his fearless manoeuvres and his numerous air victories. But during a home leave, the pilot who had been honored by Hitler falls in love with student Brigitte – and suddenly Jochen starts to question his missions and the war in general.