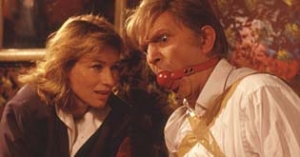 Martin, an actor occasionally in work, persistently refuses to grow up. He runs through Berlin and also through his dream of himself making a film, about his younger years. However, nobody apart from him wants this film. Maria, an actress, comes by a bag full of money quite by chance which a bankrobber had to leave behind on the run from the police. Maria and Martin, this is the story of a love which doesn′t succeed for long, but doesn′t come to an end though. They go at it hammer and tongs. There is plenty of troubles and misunder-standings. Martin lives in films he loves, a world Maria does not understand. But there are moments of happiness where both know: it′s only right with us two. Julia, seventeen, the daughter of a former girlfriend of Martin′s, is raped. A farewell note is found. A surprise is awaiting him when he decides to enter the flat of the missing girl for one last time...