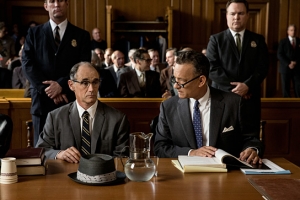 It's the year 1957, and the Cold War is escalating. When the Americans arrest Soviet spy Rudolf Abel, insurance lawyer James Donovan is appointed as Abel's legal counsel. Since many Americans consider the legal defense of a spy to be treason in itself, Donovan's job makes him the target of hostilities. The case takes an unexpected turn when an US Air Force pilot is captured by the Russians. Now Donovan is to travel to East-Berlin to negotiate a prisoner exchange with the Soviets.