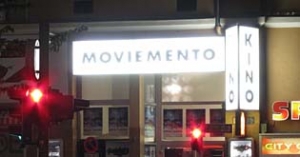 It′s nothing short of a miracle that the Moviemento in Berlin-Kreuzberg still exists: Germany′s oldest movie theatre survived two world wars, the rise and fall of the Berlin wall, the big cinema crisis and the Multiplex boom of the 1990s. Maybe it′s like one patron remembers: "It was more a way of life than a cinema."
On the occasion of the centenary in 2007, Bernd Soballa went on to look for this way of life. The Moviemento screened thousands of films, but the most outrageous stories always took place backstage. There was the legendary mirror room, Manfred Salzgeber turned the district theatre into an arthouse cinema, and the first gay-lesbian performance groups took the stage. For many, the Moviemento was also the starting point of their respective careers, including Wieland Speck, Claus Boje, Dani Levy or Tom Tykwer. Nevertheless, the cinema faced bankruptcy many times. The film also looks back on the old subculture of West-Berlin, but chiefly, this is a homage to the art of film exhibition itself.