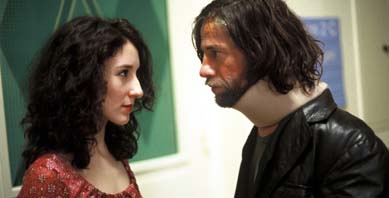 With his melodrama "Gegen die Wand" ("Head On"), Fatih Akin gave German cinema its first Berlinale triumph since 1986. Winning the Golden Bear and five German Film Awards, Akin's story about a Turkish-German woman put a whole generation of young, non-German film makers and actors into the limelight - despite the fact that they had already been making significant creative contributions to German film for years. 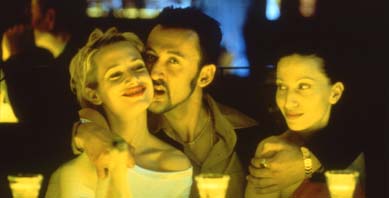 For most moviegoers, contemporary "immigrant cinema" consists in fast, hip films by and with young foreigners, in which the "scene" is depicted more or less successfully as an easy counterpart to models from American genre films: "Kanak Attack", "Kurz und schmerzlos", "Freunde", "Lost Killers", or the Kreuzberg hip-hop film "Status Yo!" all convey the image of a cool neighborhood or ghetto milieu. Contemporary cinema by and about immigrants, however, is quite a bit more diverse than one might think based on these examples. But it has taken years, decades even, for films by first- and second-generation immigrants to achieve such diversity and self-sufficiency. A few individual films dealing with the fate of foreigners in Germany were made as early as the early 1960s. This was at the very beginning of the wave of immigration of migrant workers from countries like Turkey, Greece, and Italy. The romantic drama "Bis zum Ende aller Tage" ("Girl From Hong Kong", 1961) was likely the first feature film to deal with the antagonisms, prejudices, and exclusionary processes that immigrants and foreign-born citizens then  faced. In 1965 Franz Antel addressed the problems of so-called "guest workers" in his heimat-film "Ruf der Wälder". 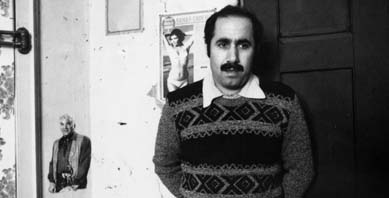 By the mid-1970s, there was a real surge of films that depicted straightforwardly and with considerable complexity the problems and crises confronting immigrants. With the exception of "In der Fremde" by Iranian exile Sohrab Shahid Saless, these films were almost all made by German directors, such as Christian Ziewer ("Aus der Ferne sehe ich dieses Land"), Helma Sanders ("Shirins Hochzeit"), Rainer Werner Fassbinder ("Angst essen Seele auf") and Werner Schroeter ("Palermo oder Wolfsburg"), to name just a few of the more prominent. These film makers consistently demonstrated a fine feeling for social problems in their work. They established in the domain of art a mouthpiece for a marginalized social group that had no lobby - not in the society itself and certainly not in the world of culture. 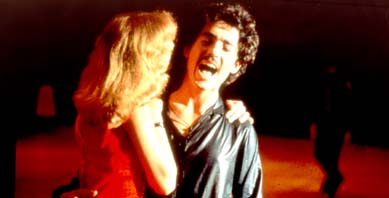 Even when non-German film makers like Tevfik Baser ("40 qm Deutschland" ["Forty Square Meters of Germany"]) or Bernard Safarik ("Das kalte Paradies") began addressing the conditions of their compatriots' lives 'on foreign soil', the (cinematic) image of immigrants remained much the same; the foreigner was depicted as little more than a tolerated and exploited, oppressed and humiliated guest worker in an arrogant, ignorant, and prejudiced society. A few rare attempts to consider the relationship between natives and newcomers with satirical humor were produced in Austria and Switzerland ("Die Schweizermacher" [The Swissmakers, 1978], "Hunderennen" [Dog-Race, 1983]). The German cinema, on the other hand, as Katja Nicodemus succinctly put it in Die Zeit, "with its impulse toward social enlightenment, presented so-called guest workers as victims of a policy toward foreigners that was economically oriented and unconcerned with integration."

The Clash of Cultures

When positive German figures appeared in these films at all, they came across as didactic do-gooders like the idealistic lawyer in "Jannan – die Abschiebung" (1985). But such figures remained the exception. At the same time, feature films like "Palermo oder Wolfsburg" and documentaries like "Die Kümmeltürkin geht" (1985) were conveying the message, at least implicitly, that the encounter between Mediterranean or Near Eastern mentalities and the Central European way of life could never generate anything but conflict, so insurmountable were their differences. Only in a few films, like Tefvik Baser's "Abschied vom falschen Paradies" ("Farewell to False Paradise", 1989), do the cultures ever reach a mutual understanding based on respect. Sometimes, as in Baser's "40 qm Deutschland" (40 Square Meters of Germany, 1986), the usual narrative is reversed, and it is the prejudices of a Turk toward his host country that are at the heart of the conflict. But regardless of the configuration, the attempt at coexistence is almost always doomed to failure in these "immigrant films" of the seventies and eighties.

The 1990s: First (and Second) Generation Immigrants Behind the Camera 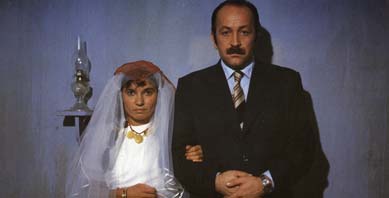 In the 1990s the second generation of immigrants—those born in Germany—began to direct films about their generation's dreams, troubles, and hopes. These contrasted with the feature films of the 1970s and 1980s, in which primarily German directors portrayed their parents' lives. This second-generation cinema started out with documentaries like Serap Berrakkarasu's "Töchter zweier Welten" (1990), which portrays a confident young Turkish-German woman and her more traditionally oriented mother. And it has continued since, with numerous films made by directors like the Turkish-Germans Fatih Akin ("Kurz und schmerzlos" ["Short Sharp Shock"]), Thomas Arslan ("Geschwister – Kardesler"), and Züli Aladag ("Elefantenherz"), the Greek-Germans Filippos Tsitos ("My Sweet Home") and Daphne Charizani ("Madrid"), the Croat-German Damir Lukacevic ("Heimkehr"), and the Berlin-based Georgian Dito Tsintsadze ("Schussangst" ["Gun-shy"]). They are joined by female directors like Nadya Derado ("Yugotrip"), Ayşe Polat ("En Garde") and Buket Alakus ("Anam" [My Mother]). With all of their stylistic differences, these films testify to the new self-confidence of the second generation. Their protagonists provide audiences with identification figures who, while not without conflict, are thoroughly positive, and whose actions are characterized by energy and vitality rather than resignation and homesickness. While the issue of immigration continues to play a relatively large role in their lives, life 'between the cultures' is no longer the problem that it was for their parents. Their films show no sign of the sentimentality or depression so typical of the immigrant dramas made by German directors in the 1970s and 1980s. On the contrary, "Here was a cinema that had little to do with juvenile delinquency, social issues, cultural isolation or ghettoization," as Katja Nicodemus writes in Die Zeit. Instead, she continues, these films convey a
perspective "that in a globalized world of ubiquitous migration has multiplied to such astronomical numbers that it hardly bears mentioning."

The Issue of Immigration Is No Longer Obligatory

While Fatih Akin's Berlinale success "Gegen die Wand" (2004) specifically deals with the problems of a young Turkish-German woman attempting to free herself from the confining moral universe of her conservative family, the film effaces distinctions between German and immigrant cinema. The issues Akin is dealing with are so universal that it is difficult to describe the film in terms of an immigrant cinema or particularly Turkish problems. Other transnational directors have already left the foreigner or immigrant theme far behind them. With "Lautlos" (2004) Mennan Yapo made a dyed-in-the-wool thriller about a (German) hit man. And the films of prizewinning documentary and feature film director Romuald Karmakar ("Warheads," "Manila"), who resists being labeled a foreign director, have long focused almost exclusively on German characters and on conflicts that arise in decidedly German middle-class milieus. This thematic approach is one Karmakar shares with a member of the older generation of transnational directors, namely Sohrab Shahid Saless, the Iranian exile who took a rancorous view of the realities of German life in films like "Ordnung" ("Order", 1980), "Empfänger Unbekannt" (1983), and "Utopia" (1983). Sales is also known for his documentary "Die langen Ferien der Lotte Eisner" ("The Long Vacation of Lotte Eisner", 1979), which is about one of the best-known film critics of German silent film.