Not only, but also: "Turkish-German" cinema today 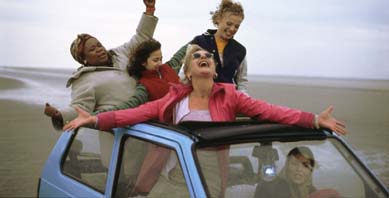 The development of a Turkish-German cinema is not only part of the international phenomenon of "Cinema du métissage" but also a sign of the new, self-confident "intrusion" of Turks onto the German cultural scene. At the same time, any discussion of Turkish-German cinema automatically begs the question: Where does "Turkish-German" cinema end and "German" cinema begin? Turkish-German cinema has demonstrated considerable diversity with its distinctive orientations, styles, genres and subjects. One of its most important tendencies is the gradual emancipation of the film maker from surreptitious expectations and deep-seated stereotypes. "We're a lot more German than a lot of Germans," said Buket Alakus in 2002. "Our apartments, our goals: there aren't as many differences as many people used to think."

With their range of subject matter, the fact that these directors have Turkish-German biographies is often obvious only in the fact that their films regularly take up quarters in a multicultural milieu. Significantly, there is a growing awareness that while these films could easily narrate the experiences of immigrants and their children, they are by no means bound to do so. In his first film, "Mach die Musik leiser" (1994), Thomas Arslan portrays German youths from the Ruhr region on the threshold of adulthood. Similarly, Mennan Yapo's thriller "Lautlos" (2004) has no visible link to an immigrant history. In films like Züli Aladag's "Elefantenherz" (2002) and Ayse Polat's "En Garde" (2004), immigration only comes up in the subplot.

Risen from the Ghetto 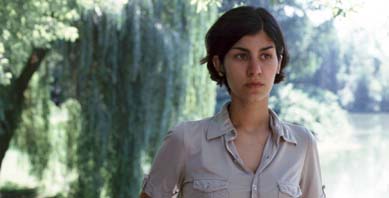 Unlike the immigration films of the 1970s and 1980s, which generally showed clearly delineated cultures in conflict with each other, most of these new films center around open forms of coexistence in a hybrid, urban society. In "Gegen die Wand," for instance, the Turkish-German characters, their lives fraught with problems and contradictions, are rooted in different ways not only in Germany but also in Turkey. Even so, since the end of the 1990s, this double background is generally depicted as something secondary, commonplace, auxiliary to the film. Thomas Arslan put it this way when discussing his film "Der schöne Tag": "Deniz's character no doubt stands for experiences that many people her age have. [...] The frequently invoked clash between cultures is something she has never experienced herself. [...] She feels absolutely at home and at ease in the environment she lives in." 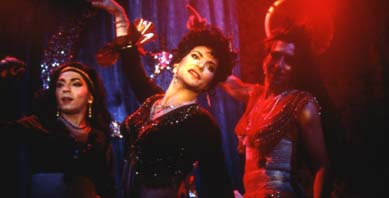 One consequence of this orientation is that ethnic identity in these films is presented simply as one element amongst many others. "Lola und Bilidikid" (1999) portrays the sense of dislocation a transvestite feels in a Turkish-German no-man's-land of sexual roles and assumptions. "Yara" (1999) depicts mental instability and the hopelessness of the psychiatric establishment. "Dealer" (1999), as Horst Peter Koll writes in the magazine film-dienst, is "an existential story that only indirectly deals with social conflicts and controversies." Another consequence is that the politically confrontational gravity of many films about immigrants is no longer inevitable. Films like Hussi Kutlucan's "Ich Chef, Du Turnschuh" ("Me Boss, You Sneakers," 1998) show that today even the subject of asylum can be dealt with in the form of comedy. This rise in humorous treatments of multiculturalism corresponds on the one hand with the filmmakers' new self-understanding, and on the other with the increasing importance of comedy in German television, where not only Erkan & Stefan, but Kaya Yanar ("Was guckst Du?") and Django Asül ("Quatsch Comedy Club") as well, have firmly established themselves in recent years. 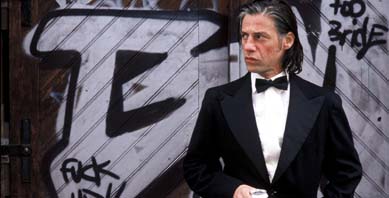 While films by immigrants or second generation immigrants were the exception in German cinema well into the 1990s, a greater normality and continuity can be seen today in the work of both transnational male and female Turkish-German directors. The same holds true for those who work in front of the camera: actors like Birol Ünel (winner of the 2004 German Film Award) and actresses like Idil Üner are now familiar faces in German cinema. They are visible not only on screen, but on television, where for some years now the ranks of non-German performers have been increasing. Heterogeneity and a complex and elusive connection between biography and fiction all characterize the new Turkish-German cinema. At the same time, broad swathes of the public still associate these films with "authentic" perspectives on the social problems of immigrants. The elements of fantasy, fictionalization, and aesthetic processes that characterize any film rarely remain for long in the public eye. People expect "authentic stories" about a homogeneous society of Turks in Germany - i.e. something that the films with all their diversity emphatically contradict. Even when some films continue to proliferate stereotypes and social-critical clichés, these films testify not only to the experience of immigrants, but to a hybrid German reality beyond the confines of Leitkulturen or "majority cultures".