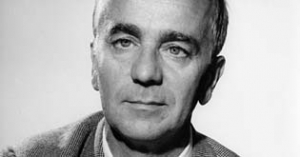 Wolfgang Becker, who as a director specialised in crime movies, was born May 15, 1910, in Berlin. He is not to be mistaken for Wolfgang Becker, born 1954, the director of "Goodbye Lenin". After a training in external trade, Becker's career in the movie business began in 1930 as a cutter trainee at Tobis. His sister, the secretary of general manager Dr. Leo Bagier, helped to place him in that job. Becker became the assistant of cutter Andrew Marton who in 1931 took over as a director for "Die Nacht ohne Pause" and left the cutting mainly to Wolfgang Becker. He also participated in the cut of Schünzel's comedy "Viktor und Victoria" (Viktor and Viktoria) but was not credited for his work. In 1932, Becker was signed by Ufa.

Besides his work as cutter for Harry Piel, Karl Hartl, and others, Becker also worked as an assistant director, starting in 1936/1937 with Georg Jacoby's "Die Kronzeugin" and Victor Janson's "Die Korallenprinzessin". He then met director Josef von Baky and assisted him with "Menschen am Varieté" and other films in the following years. After being drafted by the Reichswehr, Becker managed to get promoted to the Heeresfilmstelle; in 1944, Josef von Baky put through Becker's exemption from military service under the pretence that Becker would participate in Veit Harlan's propaganda film "Kolberg" ("Burning Hearts"). Actually, Becker assisted von Baky with "Via Mala".

After the war, Becker carried on as Baky's assistant director and shot "Und über uns der Himmel" ("City of Torment") or "Die seltsame Geschichte des Brandner Kaspar" but at the same time also made his first documentary films. He was then commissioned by the American commission for re-education and subsequently founded Wolfgang Becker-Filmproduktion. He integrated fictional elements in his documentary films that dealt with social problems.

From 1955 on, Becker began to make feature films, mainly popular comedies, musical films like "Alle lieben Peter" ("Everybody Loves Peter") and grotesque crime movies like "Peter Voss, der Millionendieb". In the 1960s, Becker withdrew from the cinema to a large extent. He started to work more and more for TV productions and eventually became one of the most productive and successful crime movie specialists of German TV. Becker directed numerous episodes of "Der Kommissar", "Derrick", "Tatort", or "Der Alte". Furthermore, he was the director of multi-part blockbusters like "Der Tod läuft hinterher" starring Joachim Fuchsberger.

But Becker also dedicated his popular narrative style to social concerns. One of his most important TV movies was "Vorstadtkrokodile" (1977), a WDR production that tells the story of a paraplegic boy who tries to catch up with a bunch of kids from the suburbs. Becker directed crime series episodes to the age of 80, worked with actors like Senta Berger or Götz George and was a very popular director among his crew, thanks to his energy and his humour, as we know from many anecdotes.