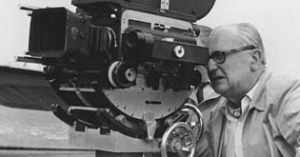 Vyacheslav Tourjansky, born on March 4, 1891 in Kiev, Russia, moved to Moscow in 1911, where he studied acting with the legendary Konstantin Stanislavski (founder of the "Stanislavksi Method/Method Acting"), among others. He appeared in several silent films of early Russian cinema, but started directing as early as 1914. After the communist October Revolution of 1917, Tourjansky went to Yalta, where he continued to work until 1919. Only when the Red Army advanced to the Crimea did Tourjansky flee to Western Europe with a number of colleagues. He settled in Paris, changed his first name to Victor, which was easier to pronounce internationally, and - together with his emigrated colleagues - founded a Russian-French film company.

In 1926 he was involved in Abel Gance's legendary monumental work "Napoleon" as assistant director. Yet from the beginning, Tourjansky also directed numerous films in Europe on his own. He initially mainly worked for French production studios, but from the end of the 1920s increasingly also for German studios, as well as occasionally for British and American companies such as the Hollywood studio MGM.

Despite this, he was able to continue his career after the end of the Third Reich. He worked in Germany and Italy and landed a series of further audience successes with films such as "Salto Mortale", "Mutter sein dagegen sehr" and "Beichtgeheimnis". Viktor Tourjansky died in Munich on August 13, 1976.