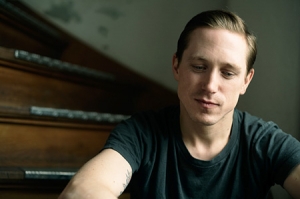 Timo Jacobs, who was born in Itzehoe in 1974, first learned acting between 2003 and 2006 under the supervision of director Klaus Lemke and later attended several workshops. He made his screen debut in Lemke's 2005 romantic comedy "Träum weiter, Julia", and subsequently appeared in four more films by the director. During the following years, Jacobs had memorable turns in supporting as well as leading roles, for instance in the action film "Pete the Heat" (2009), for which he won  the Montblanc Award at the 2010 Hamburg Film Festival. He garnered the Grand Prize of the Jury at the Rome Film Festival for "L'Uomo che verra" (2009), and was featured in Thomas Arslan's "Im Schatten" and "Carlos – Der Schakal" (both 2010). Apart from film, he also starred in stage productions by Olaf Pockermoehl.

In 2011, Timo Jacobs starred in two films of the "Dreileben" trilogy, Dominik Graf's "Komm mir nicht nach" and Christoph Hochhäusler's "Eine Minute Dunkel", and also played one of the leads in the football drama "Gegengerade".

After a cameo as a security guard in the hip hop comedy "Blutzbrüdaz", Jacobs made his directorial debut with "Klappe Cowboy" (co-directed by Ulf Behrens), an underground film about an aspiring young director who comes to Berlin. Apart from his directing duties, Jacobs also played the lead, acted as producer and worked in the art department. "Klappe Cowboy" premiered at the 2012 Max Ophüls Preis film festival.

Thereafter, Jacobs was focusing on acting again. He played the lead role in the low-budget action comedy "Krasser Move" (2013) and was in a supporting role part of the ensemble of Christian Schwochow's tragic comedy about the fall of the Berlin wall "Bornholmer Straße" (2014, TV). He got nominated for the Deutscher Schauspielerpreis (German Actor Awards) for his small role as a country policeman in the "Tatort" episode "Borowski und der Himmel über Kiel" (2014). Additionally, he had guest appearances in various TV series, such as "Unter Gaunern" (2015), "Die Kanzlei" (2015) and "Helen Dorn" (2016).

In April 2016, the film festival "Achtung Berlin" premiered a total of three films starring Timo Jacobs: "Back to Nothing", a bizarre story shifting between horror and comedy about a group of urban nomads; the love story "Oregon Pine", and first and foremost Jacob's own film "Mann im Spagat: Pace, Cowboy, Pace", a kind of sequel to his debut as a director "Klappe Cowboy". Awarded with the New Berlin Film Award, "Mann im Spagat: Pace, Cowboy, Pace" went on to win prizes at several other international independent film festivals.

In the next few years, Jacobs appeared primarily in numerous television productions, mostly in supporting roles. He was part of the ensemble of the comedy "Endlich Witwer" (2018) with Joachim Król, played a pimp in the crime thriller "Unter anderen Umständen: Das Geheimnis der Schwestern" (2018), a drug dealer in "Der gute Bulle: Nur Tote reden nicht" (2020) and an homeless man in the the crime thriller "Die dritte Haut" (2021) from the "Tatort" series. He also continued to play the investigator Jan Michalski in the crime series "Der Kriminalist".

On the big screen, he was seen in Nancy Camaldo's sibling drama "Windstill" (2020) as Thomas Schubert's nasty boss. He made smaller appearances in Malte Wirtz's tragicomedy "Geschlechterkrise" ("Gender Crisis", 2021), the first German silent film in 80 years, and in the Greek World War II drama "Kalavryta 1943" (2021).

At the Hof Film Festival in October 2021, Jacobs presented his next feature film of his own, the tragicomedy "Stand Up! Was bleibt, wenn alles weg ist" ("Stand Up! Looking for Love in All the Wrong Places"), about a washed-up stand-up comedian (Jacobs) who plans a comeback, wants to win back his wife and gets involved in an art heist. The film won awards in several categories at various festivals. At the 2021 Los Angeles Cinematography Awards, it won Best Cinematography, Best Actor and Best Feature. The German theatrical release was in June 2022.