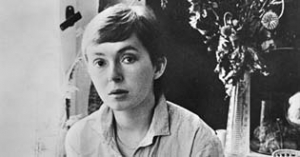 Simone von Zglinicki was born September 3, 1951, in Karl-Marx-Stadt (today: Chemnitz). After finishing high school, she started to study acting at Theaterhochschule "Hans Otto" in Leipzig in 1969 where she graduated five years later.

In 1974, she was employed by Deutsches Theater. Zglinicki is a cast member of the theatre to date. At Deutsches Theater, she soon became one of the ensemble"s most important actresses but she also appeared in leading roles on the movies screen directly from the beginning of her acting career. In Hermann Zschoche"s film "Liebe mit 16", she played 16-year old Ina who is together with 18-year old Matti and spends a night with him although her parents are against the relationship. She then played a young seamstress in the DEFA fantasy film "Hans Röckle und der Teufel" and celebrated a huge success with her leading role in "Für die Liebe noch zu mager?" ("Too Skinny for Love"), directed by Bernhard Stephan. In the film, Zglinicki played the childish skilled worker Susanna who does not get recognized as a woman by her male colleagues and particularly by Lutz whom she has fallen in love with.

Simone von Zglinicki appeared in numerous movies in sometimes larger, sometimes smaller roles. In the film "Eine Handvoll Hoffnung", she played the switchboard operator Anneliese Weyher whose life is sunken in lethargy after the war until seems to revive after she meets again with Kurt, her old love. Zglinicki also starred alongside Jenny Gröllmann and Armin Mueller-Stahl in Roland Gräf"s film "Die Flucht" ("The Flight", 1977).

After the German reunification, Simone von Zglinicki continued her acting career on stage and on TV but has rarely appeared in productions for the movie screen since. She starred under director Margarethe von Trotta in "Das Versprechen" ("The Promise", 1994). Furthermore, she worked twice with director Andreas Dresen. He gave her roles in "Das andere Leben des Herrn Krein" (1994) and in his TV movie "Raus aus der Haut" ("Changing Skins", 1997). On TV, Zglinicki appeared, for instance, in the early evening TV series "Großstadtrevier", in an episode of the TV crime film series "Schimanski", in the "Polizeiruf 110" episode "Bei Klingelzeichen Mord" (2001), or in the multi-part TV movie "Klemperer – Ein Leben in Deutschland" (1999). Besides her film and TV work, she regularly performs at the theatre.