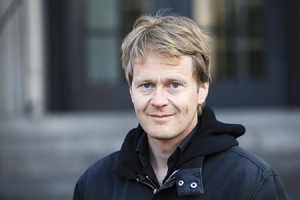 Ralf Westhoff was born on November 13 1969 in Munich. He studied economics at Passau University, and after being a trainee at the Antenne Bayern radio station, he worked freelance as a reporter and news editor. In 2000, he made his directorial debut with the short "Sonntag im September". His second short "Der Plan des Herrn Thomaschek" went on to win the Murnau-Kurzfilmpreis, the Förderpreis Kurzfilm at the Max-Ophüls-Preis Festival and the Short Film Award at the Melbourne Film Festival. His third short "Der Bananenkaktus" again won the Murnau-Kurzfilmpreis.

In 2006, Westhoff presented his first feature-length film "Shoppen". The comedy about speed dating garnered very positive reviews as well as a Bavarian Film Award. Four years later, Westhof'f's melancholic comedy "Der letzte schöne Herbsttag" was awarded the Förderpreis Deutscher Film at the 2010 Munich Film Festival. The same festival saw the 2014 premiere of his third feature film "Wir sind die Neuen", which depicts the conflict between a lively commune of senior citizens and their young, yet conservative neighbors. In Munich Westhoff won the Award for Best Director; he was nominated for Best Screenplay at the German Film Award 2014. With almost one million visitors, "Wir sind die Neuen" was also a great success at the box office.

After that it took almost four years until Westhoff began shooting his next film in March 2018: The romantic comedy "Wie gut ist deine Beziehung", starring Julia Koschitz and Friedrich Mücke, was released in cinemas at the end of February 2019.