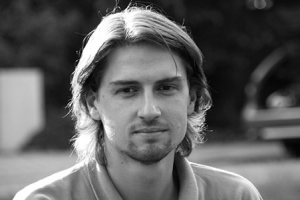 Philip Koch was born in Munich on August 29, 1982. He interned at the broadcasting station SWR in Baden-Baden before he started to study directing at the Hochschule für Fernsehen und Film (HFF) in Munich. While studying, he worked as a film critic but he also gathered hands-on experience shooting a number of award-winning shorts such as "Lumen" (2007) about a woman with a photo-allergy who has to live in a completely darkened house. His 45 minute documentary "Ruta del Che" (2009) about Che Guevara's legendary route through the Bolivian jungle screened at several festivals. From 2009 to 2010, Koch was one of the participants of the talent workshop "Werkstatt Bavaria".

Koch's feature length thesis film "Picco" premiered at the film festival Max Ophüls Preis 2010 and sparked controversial debates. Based on a true story, the intense drama is about three juvenile inmates who torture a cell mate and eventually kill him. The filmed screened at a number of international festivals, including Cannes where it also caused a stir. "Picco" and lead Joel Basman were awarded several times.

Collaborating with director Rainer Kaufmann, Koch then wrote the screenplay for the made-for-TV film "Operation Zucker", a drama about a police officer and a state attorney who uncover a network of child traffickers and pedophiles with connections all the way to the top. The realistic and again very involving film received rave reviews and garnered Koch and Kaufmann a nomination for the Grimme-Preis. Koch's screenplay was also nominated for the Preis der Deutschen Akademie für Fernsehen.

Koch collaborated with fellow filmmakers Matthew Ballen and Simon Verhoeven on the screenplay for the horror thriller "Unfriend" (DE/ZA 2013-15) which Verhoeven directed. It is about a college student who unfriends a mysterious girl on Facebook causing a series of gruesome deaths.

In 2014, Koch made his second feature film as a director: "Outside the Box", a satire on motivational business seminars and a performance-oriented society, premiered at the Munich IFF in 2015. After a number of screenings at festivals it opened in German movie theaters in early 2016.